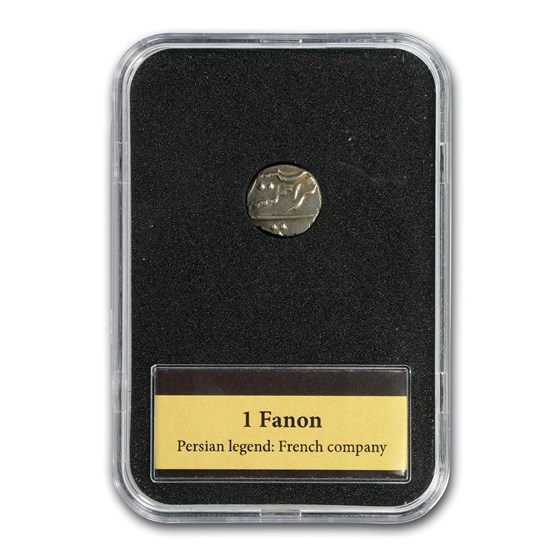 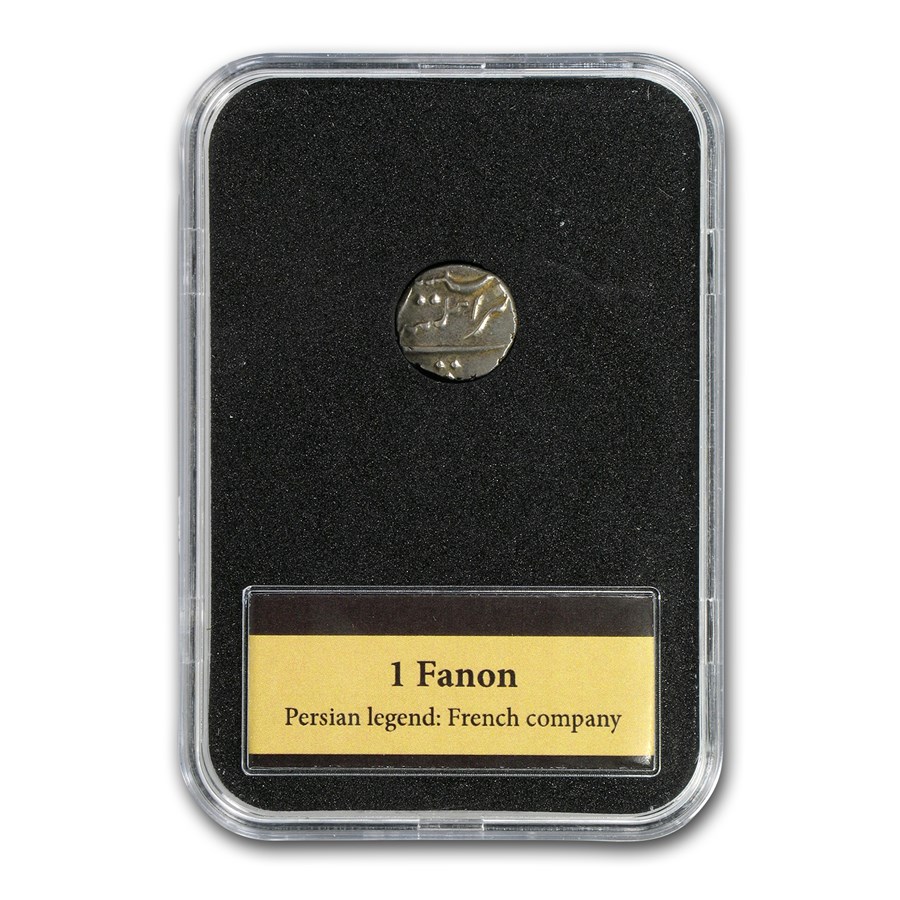 Product Details
Product Details
In 1674, the French set up a trading post in Puducherry, India and continued to expand it over the years. Ultimately, the settlement became the capital city of the French colonies in India.

In spite of numerous difficulties, the colonies remained under French control until India became independent.

Add this educational and highly collectible Silver collection of the French India Silver Fanon to your cart today!

The 1 Fanon coin was issued between 1738-1792. It was worth 1/5 Rupees and minted at the mint in Mahé, another French colony in the South West of India.